“It's a creative
hub designed
and built
by filmmakers.”

Dragon Studios is situated near Bridgend, South Wales. The city of Cardiff is only 22 miles east along the M4 motorway, a mere 20 minutes by car.
‍
Geographically, the studios lie within reach of some of Wales’ most iconic landscapes such as the golden beaches of the Gower peninsula, the natural beauty of Pembrokeshire’s National park and the rugged hills of the Brecon Beacons, all within easy travelling distance for productions based at Dragon Studios. 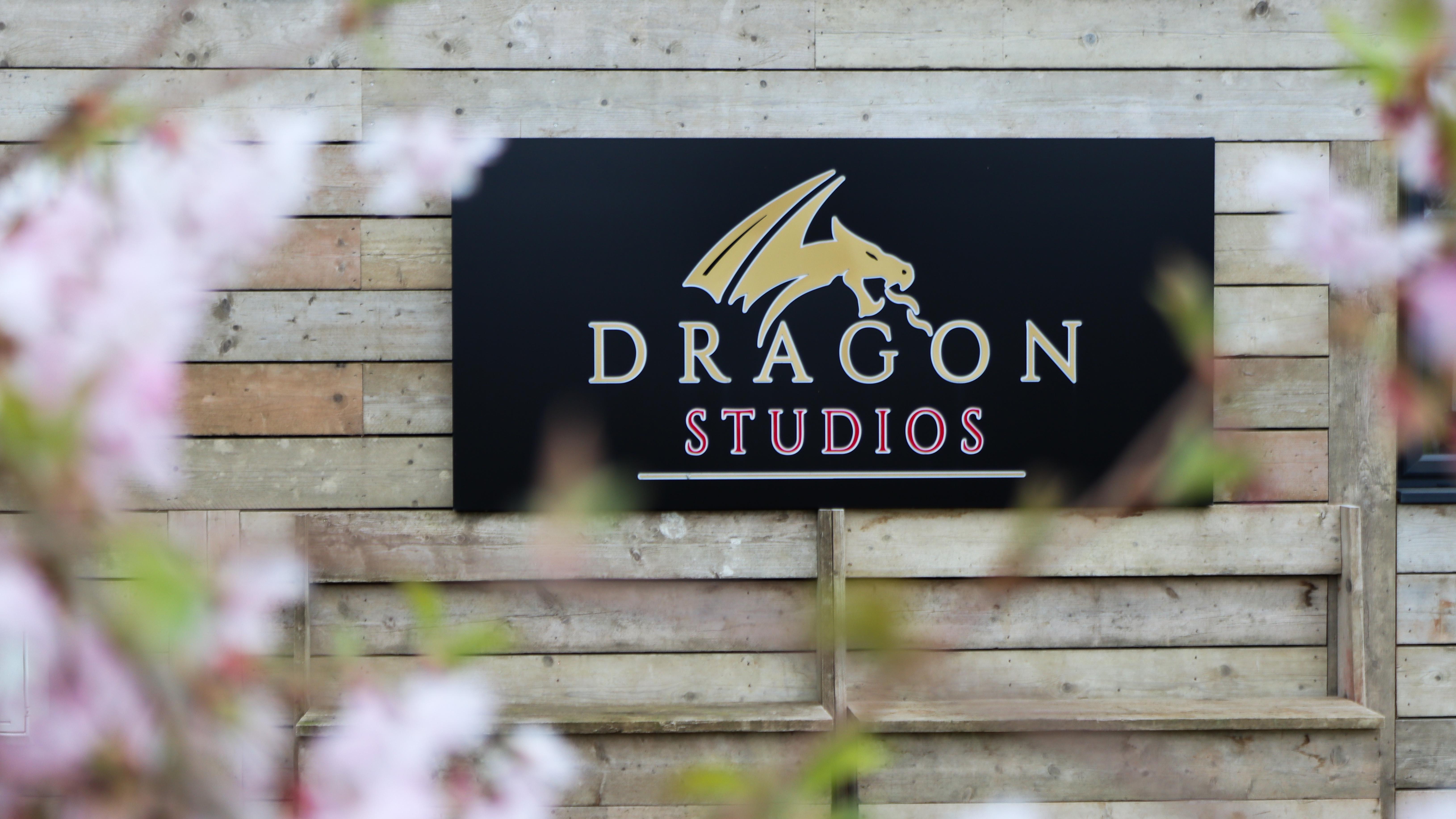 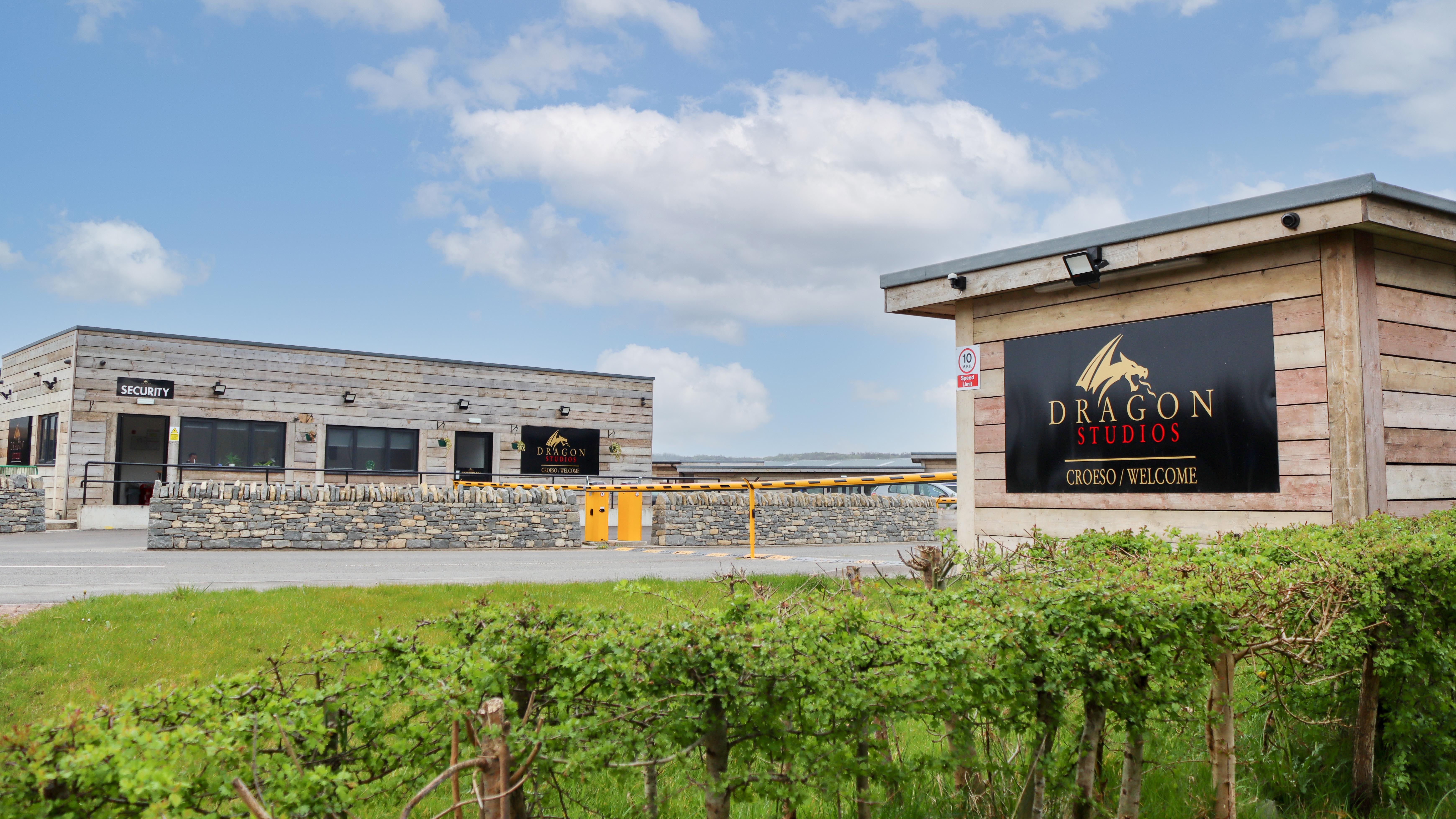 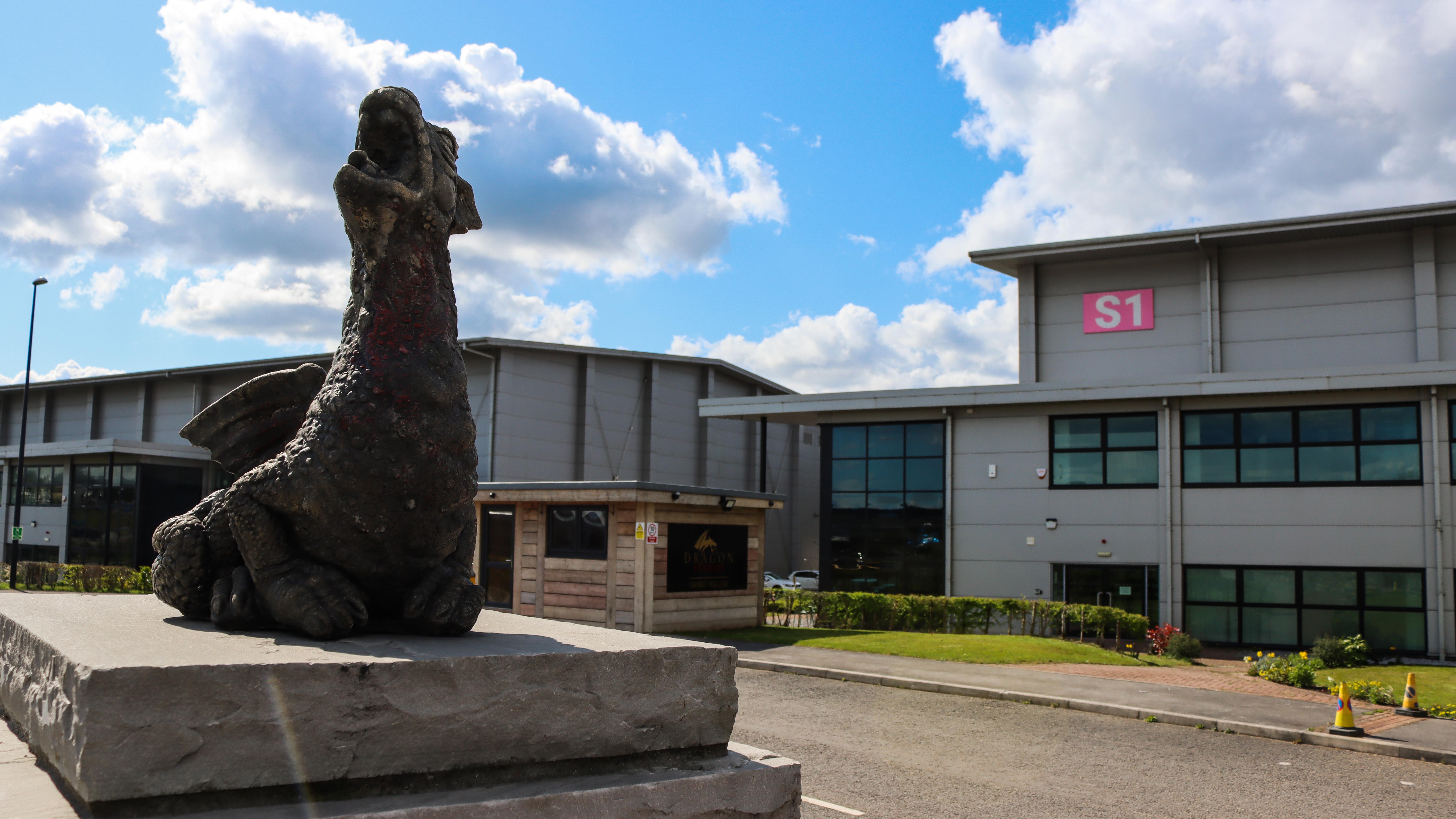 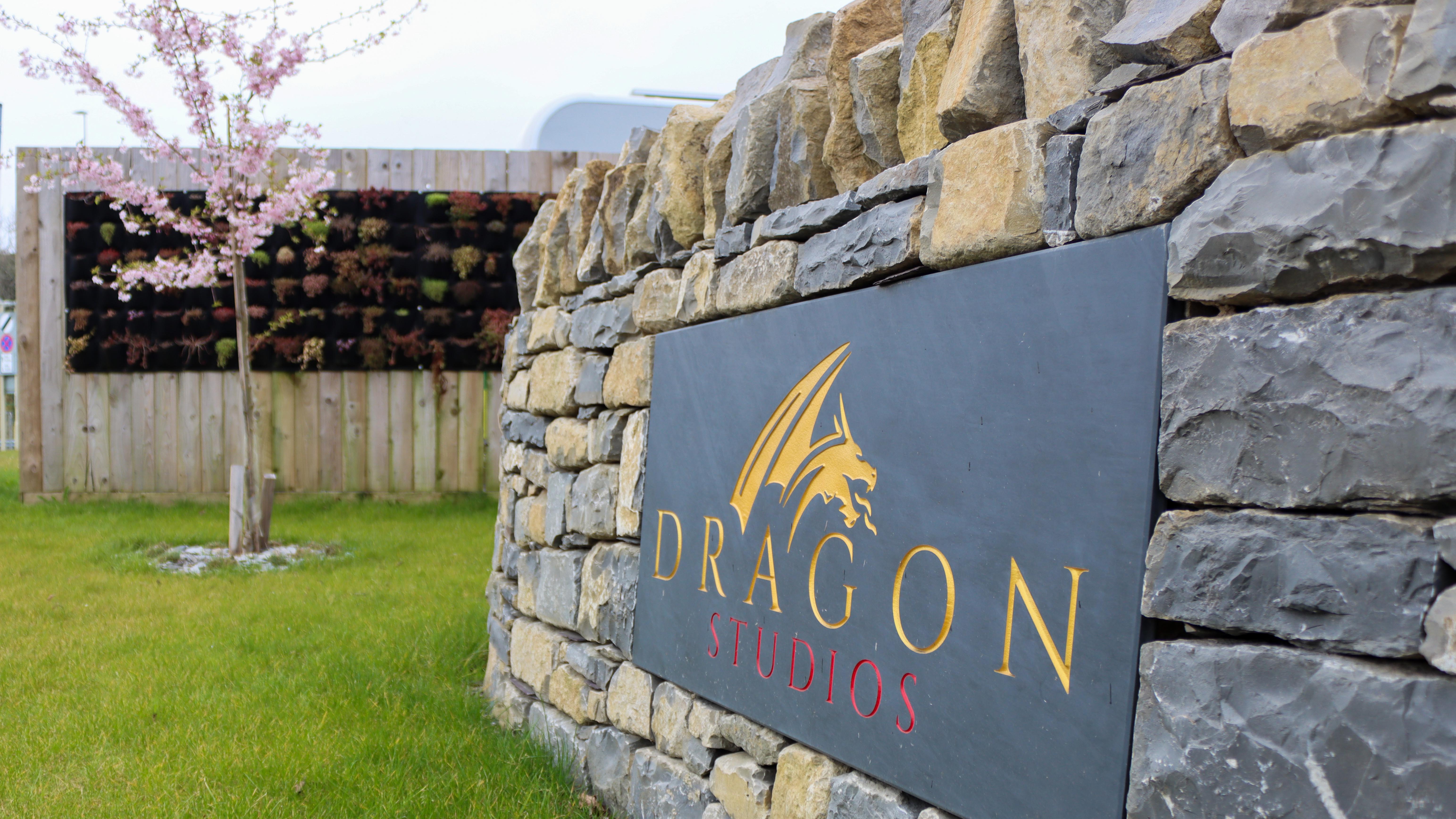 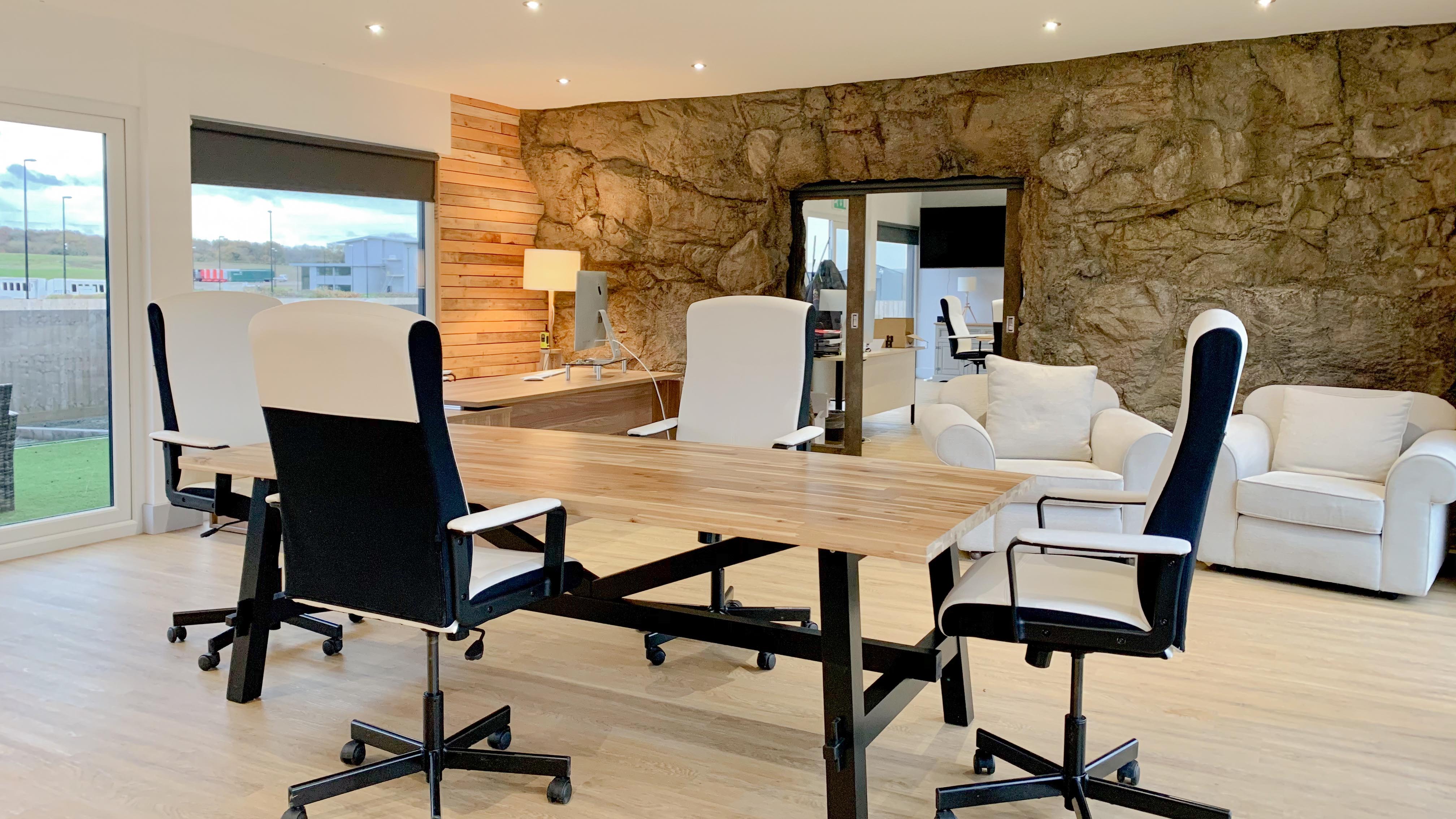 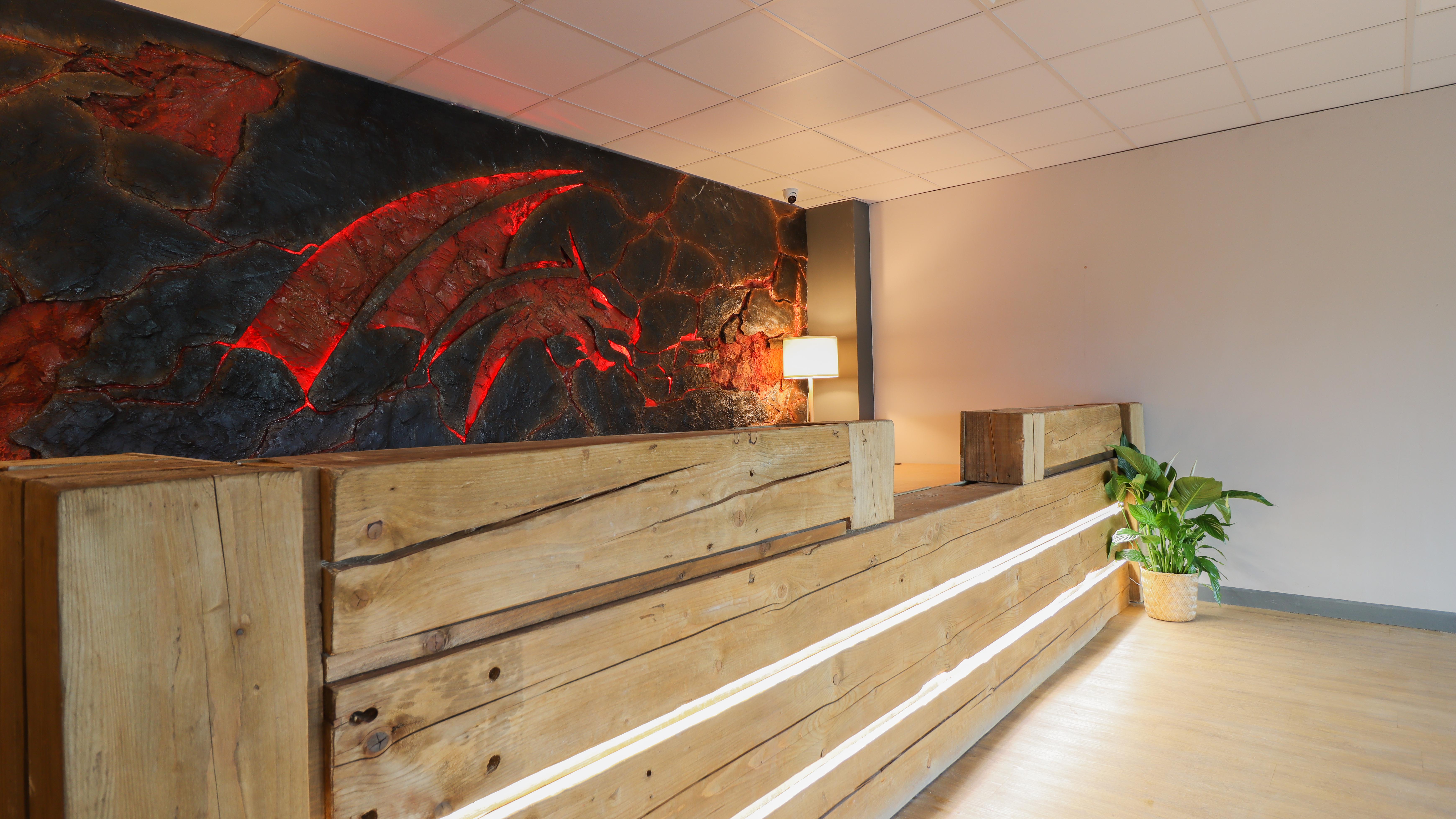 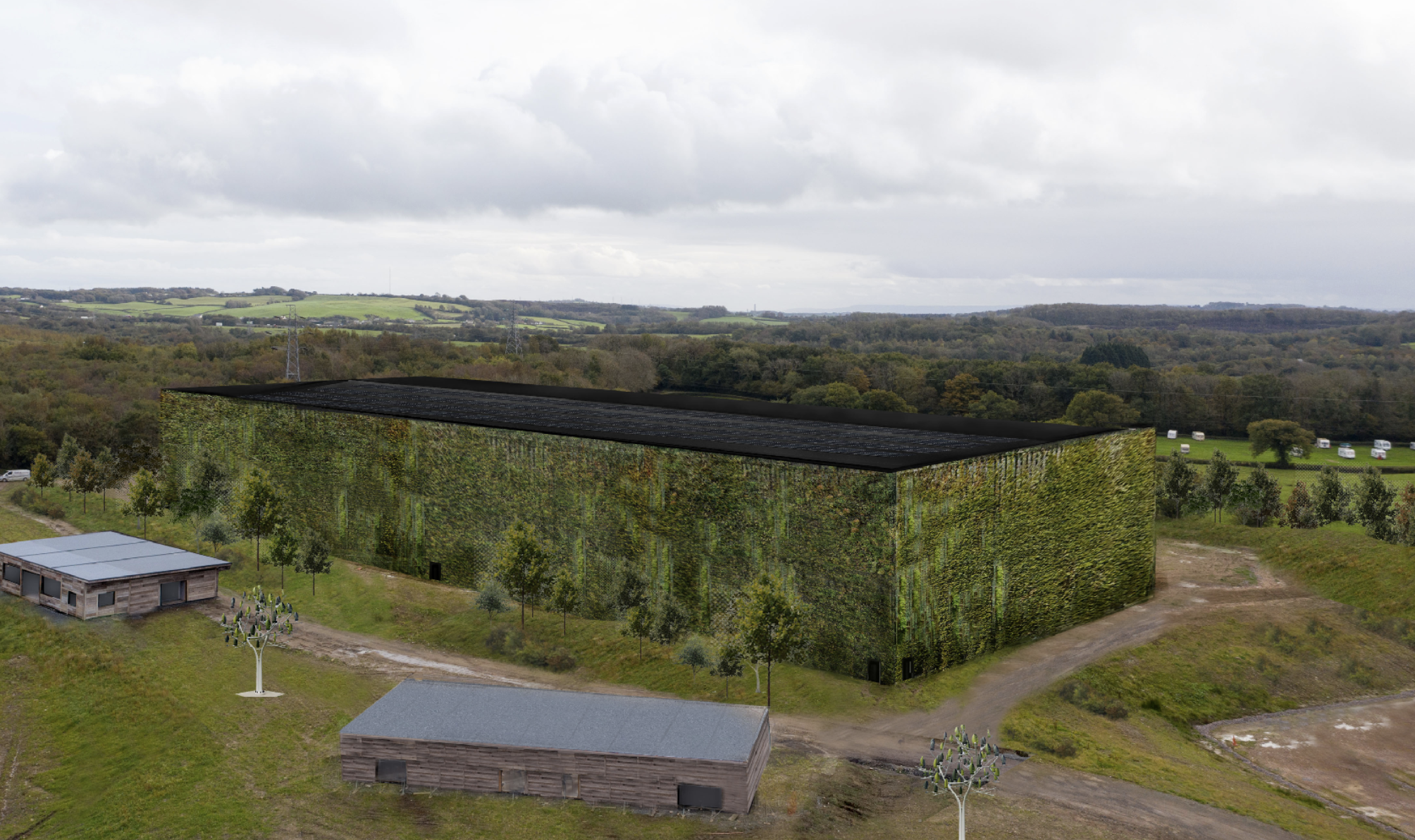 Planned to begin construction in mid-2022, this new building will provide the largest stage in Europe at 78,000 SQ m and 16m clear height (54 ft). With the ability to divide into two 30,000 SQ ft stages this will provide large and modern studios in which productions can build larger than ever before.

The building will have a strong emphasis on sustainability and will feature several aspects aimed at cutting carbon footprint. Featuring a living wall around the facade, the building will blend into the surrounding tree line, supporting the emphasis we place on the crew's wellbeing and making Dragon Studios an enjoyable environment in which crew's can work 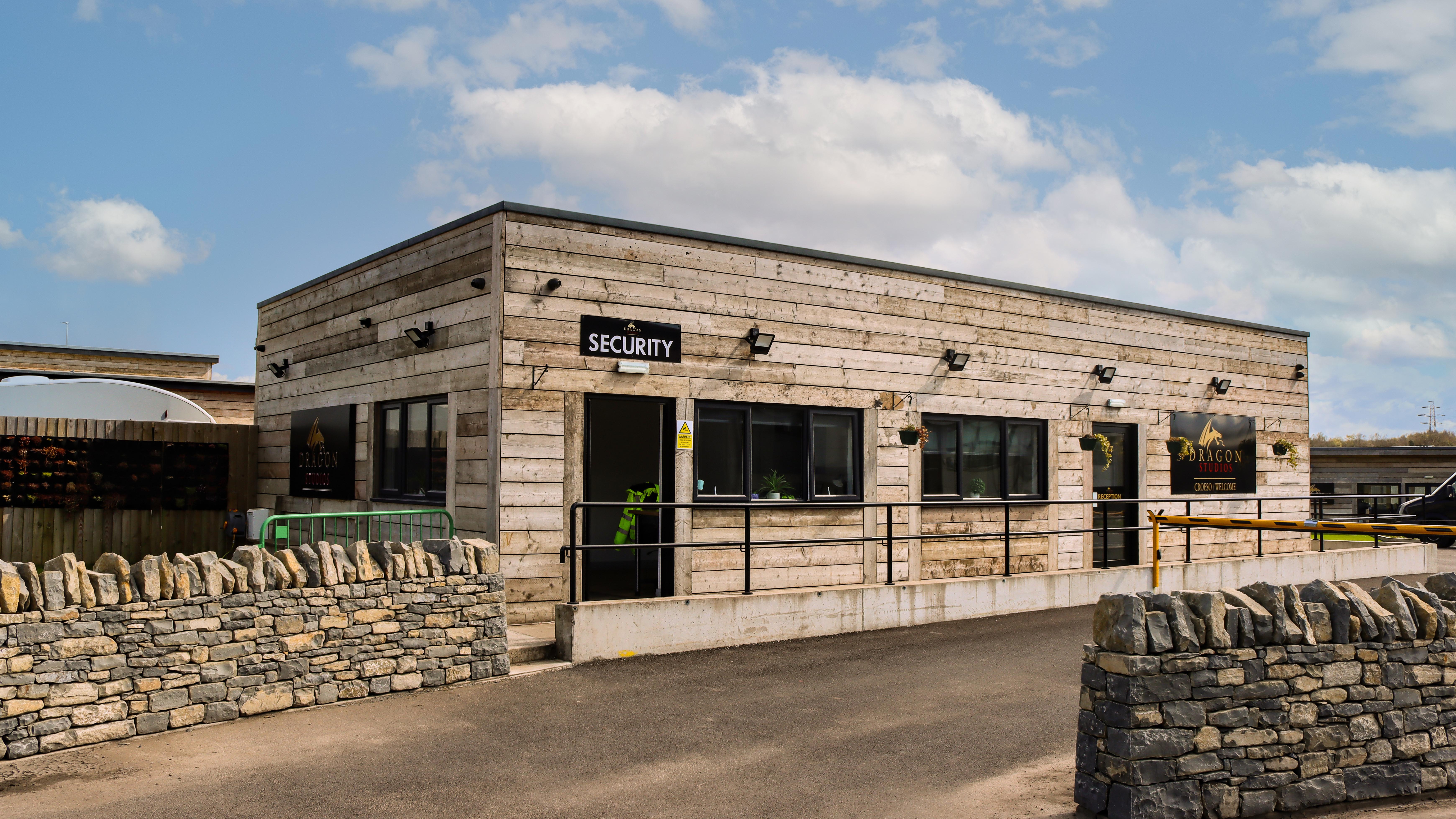 Our security gatehouse gives productions the peace of mind that the site is fully secure and has been designed to give a strong yet welcoming presence from the road and to ensure a safe working site for our clients. Internally, the security office comprises a 24/7 manned CCTV room, a post room, a reception area and a dedicated medical room.

Since the purchase of the site in 2019, Dragon TV & Film Studios has invested heavily in updating and upgrading the site, including installing intruder and fob entry systems to every stage.

Our extensive Horticultural Program includes planting over 600 flowers& plants and the instalment of over 20 various birds’ nesting boxes. Additionally, we have constructed paths to maintain newly planted grass areas and wildflower banks. We strongly believe that a relaxing and environmentally friendly worksite contributes to the well-being of the crew. Across the site, there are various outdoor seating areas that provide cast and crew with a calming space to step away and enjoy the views of the countryside. We understand the importance of exercise and health when working with a demanding filming schedule. 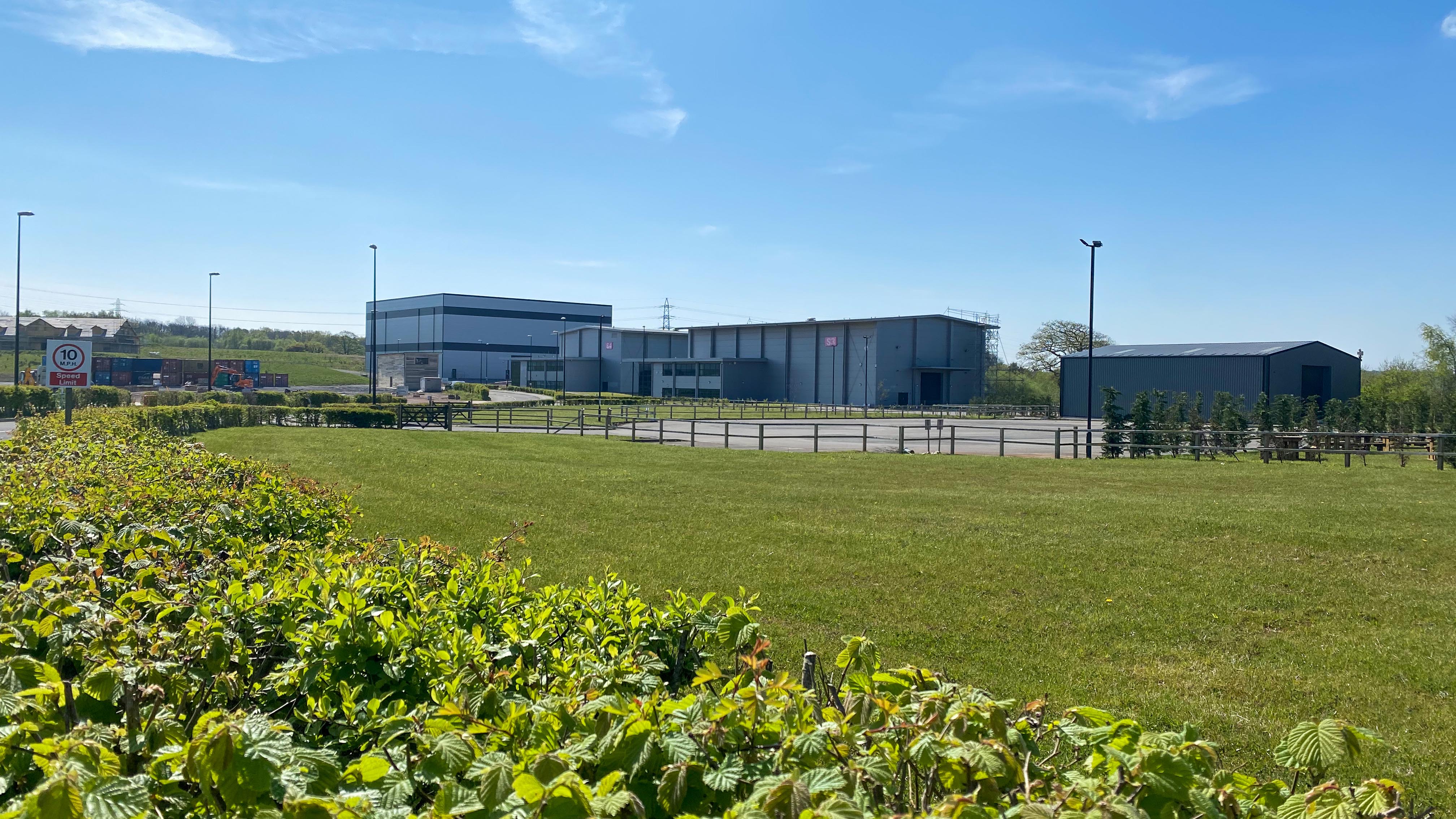 WORKED WITH & TRUSTED BY

Download brochure
Home
About
Productions
Stages & Facilities
Get in touch